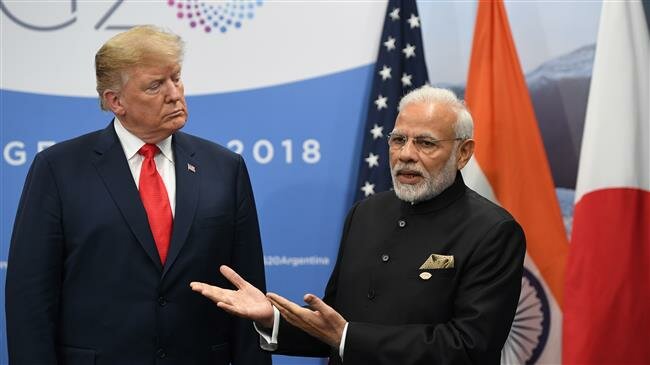 WASHINGTON — US President Donald Trump has announced that it would no longer allow India to have special trade status.

The White House will cut off special treatment of India, which is currently exempt from billions in tariffs, on June 5, The New York Times reported Saturday.

The notice of the change asserted that India did not allow the U.S. “equitable and reasonable access to its markets.”
The administration will also tax Indian solar panels and washers, according to The Times, halting an exemption that India and other countries obtained.

A statement from India’s Ministry of Commerce called the development “unfortunate,” saying that the country tried to offer the U.S. ways to move forward.

“India as part of our bilateral trade discussions, had offered resolution on significant US requests in an effort to find a mutually acceptable way forward,” it said. “It is unfortunate that this did not find acceptance by the US.”

The U.S. and India have been in disagreement over trade for months, particularly over Indian protectionism and U.S. attempts to prevent the country from buying Iranian oil, according to The Times.

Outside of trade, President Trump and Indian Prime Minister Narendra Modi appeared to have a positive relationship, with Trump congratulating Modi last week on his election victory.

The move comes as the Trump administration escalated its efforts on trade this week by threatening to impose tariffs on all goods from Mexico, another U.S. ally, unless the country works to curb illegal immigration into the U.S.