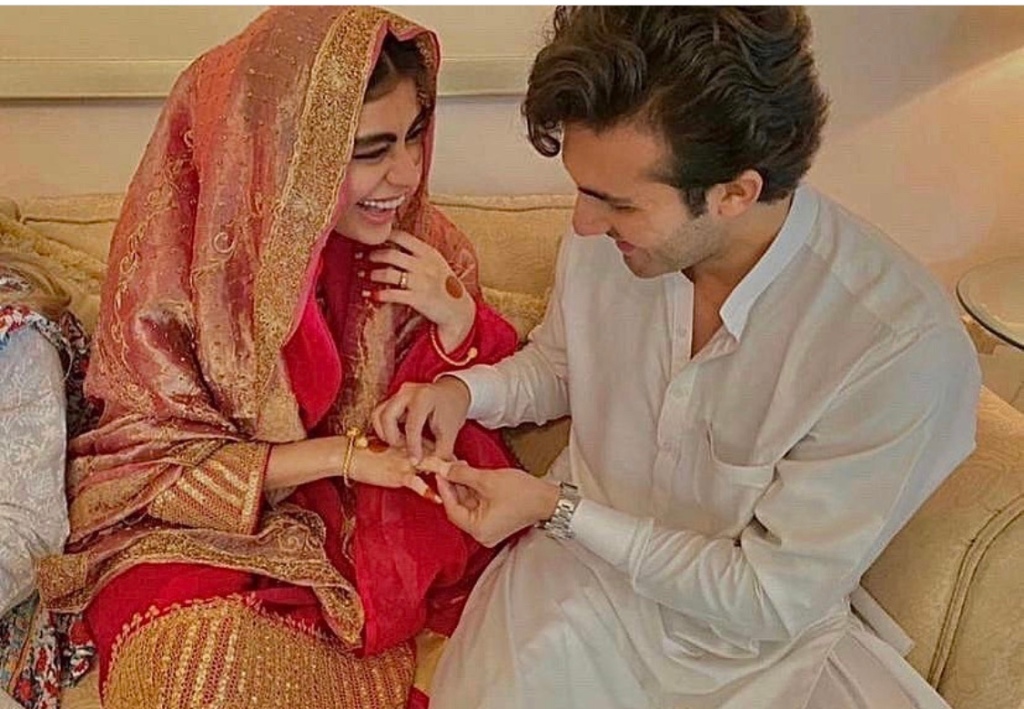 Sadaf Kanwal and Shahroz Sabzwari tied the knot in a private ceremony.  Sadaf Kanwal has changed her name on Instagram to Sadaf Sabzwari.

The news of their nikah’s was rife on social media today. After Sadaf changed her name and upload their nikkah picture with the family, confirm the news.
Not so long but last year, rumors of Sadaf and Shahroz dating went viral on social media.

People believed that Sadaf Kanwal was the reason behind their split. Sadaf Kanwal spoke up against the allegations put upon her. She always said that they are only “good friends”.

Both the celebrities have also shared pictures from the intimate ceremony on their Instagram and turned off the comments.