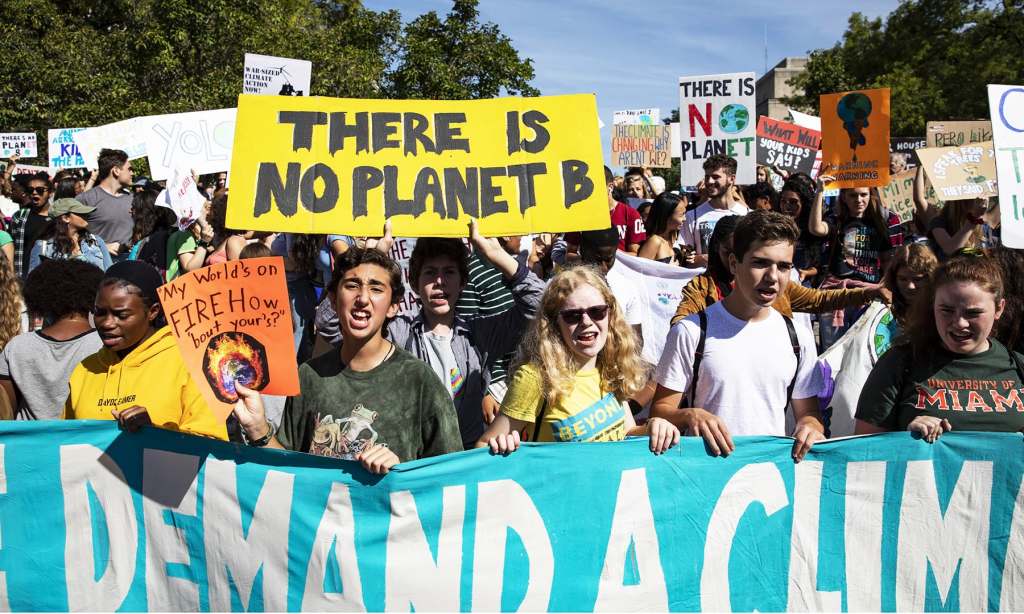 WASHINGTON, DC - SEPTEMBER 20: Activists gather in John Marshall Park for the Global Climate Strike protests on September 20, 2019 in Washington, United States. In what could be the largest climate protest in history and inspired by the teenage Swedish activist Greta Thunberg, people around the world are taking to the streets to demand action to combat climate change. Samuel Corum/Getty Images/AFP == FOR NEWSPAPERS, INTERNET, TELCOS & TELEVISION USE ONLY ==
Advertisements

The global climate strike, inspired by 16-year-old Swedish activist Greta Thunberg, kicked off in the Pacific islands and followed the rising sun across Australia, Japan, Southeast Asia and then Europe, Africa and the Middle East.

It will culminate in New York when Thunberg, who has been nominated for a Nobel Peace Prize, will spearhead a rally at the United Nations headquarters, where heads of government are due to gather for a climate summit next week.

“This is about my future, not only my future, but the future of my entire generation and all the generations to come after ours,” said Tristan Vancleef, 16, among around 15,000 demonstrators who marched through the centre of Brussels.

Banners at the Brussels march included “Cool kids save the hot planet”, “I won’t go to school until you make it cool” and “If it’s melted it’s ruined”.

Protesters are calling on governments to take immediate action to limit the harmful effects of man-made climate change.

Social media posts showed scores of demonstrations, ranging from a few dozen primary school children in Abuja, Nigeria, to tens of thousands of people in cities from Hamburg, in Germany; to Melbourne, Australia; Kabul, Afghanistan; Lahore, Islamabad and Karachi among 26 cities in Pakistan; and major cities in India.

“Our oceans are rising, so are we,” was a popular slogan on placards, including one carried by a student in school uniform in Melbourne.