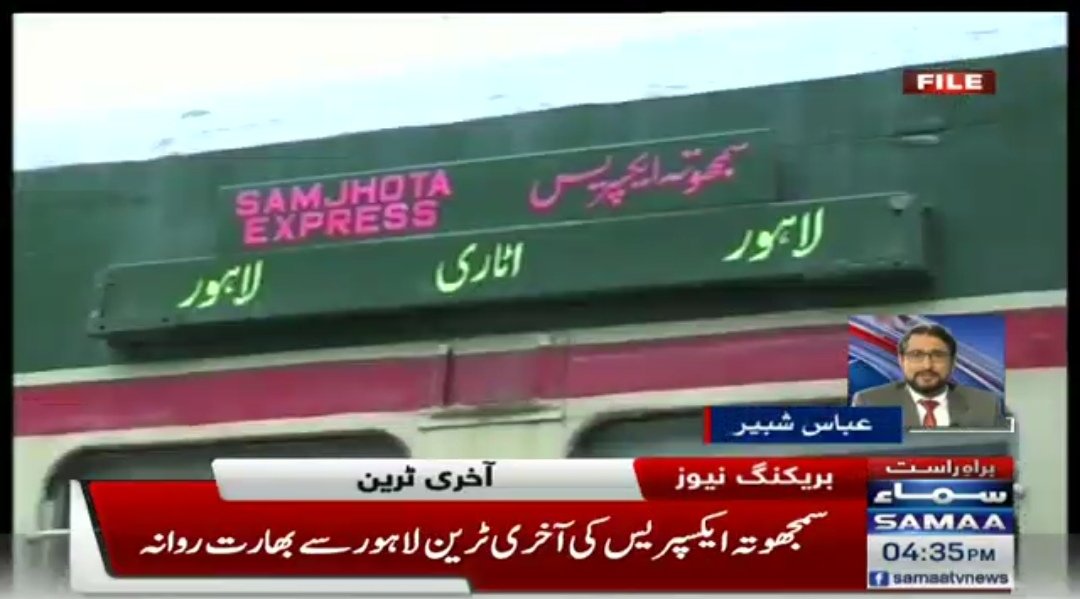 “As long as I am railways minister, Samjhota Express can’t operate.”

Sheikh Rasheed stated on his Twitter :
“As long as I am railways minister, Samjhota Express can’t operate.”

All those who purchased tickets will be given a refund without reduction.“The refund can be collected from the Divisional Superintendent Office in Lahore,” said Sheikh Rashid.

Samjhota Express, Was runs twice a week from Lahore to Attari via Wagah railway station, Samjhota Express was also suspended earlier this year, due to increasing tensions between the Pakistan and India following the Pulwama incident in February.