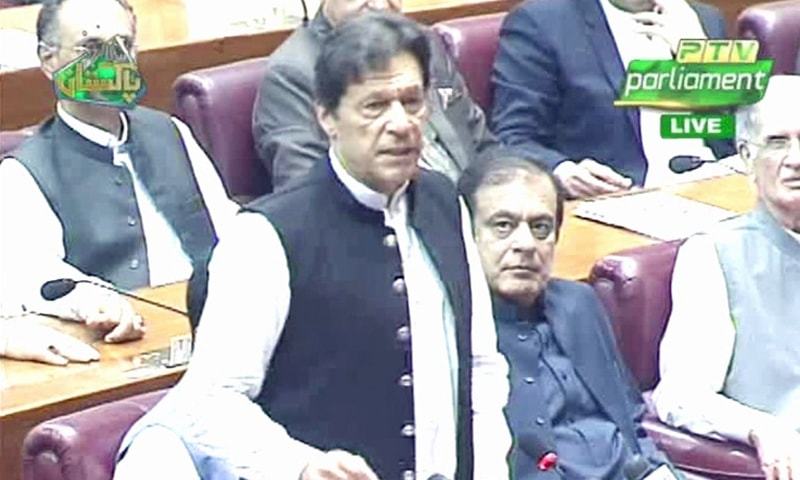 Occupied Kashmir has turned into a cemetery and the journey for freedom can not be crushed by force. said PM Imran Khan

Addressing a National Assembly of Parliament The Prime Minister condemned the Indian government actions in strong words and stated that India’s ruling party is following the RSS’s fascist ideology by trying to extinguish Kashmiri people’s freedom struggle through force.

“Pointing to his previous reconciliation to New Delhi, the prime minister said the country strongly conveyed to India that it was not involved in the Pulwama attack. But they used Pakistan as a scapegoat. PM Imran Khan also said the Indian pilot was also returned as a goodwill gesture to convey that Pakistan did not have any bad intentions.”But they take that as our weakness”.

“PM pointed out that the Kashmir struggle would only increase after this unjustified move by India”.

The indian government will now crack down even harder on the Kashmiri people. They will try to suppress the Kashmiri resistance with brute force. I fear that they may initiate ethnic cleansing in Kashmir to wipe out the local population. With an approach of this nature, incidents like Pulwama are bound to happen again. I can already predict this will happen. They will attempt to place the blame on us again. They may strike us again, and we will strike back.

What will happen then? They will attack us and we will respond. The war can go both ways. But if we fight a war in which we have resolved to fight till the last drop of our blood is shed, who will win that war?” he asked.

No one will win such a war and it will have grievous consequences for the entire world. “This is not nuclear blackmail” this is what will happen if you logically follow the chain of events that have been triggered.

“We want the global leadership to take note. My party and I are taking the responsibility to approach the leaders of the world and apprise them of what is happening in Kashmir.

“Prime Minister Imran Khan emphasized that the armed forces of Pakistan will retaliate if India proceeds aggressive plans against the country.”