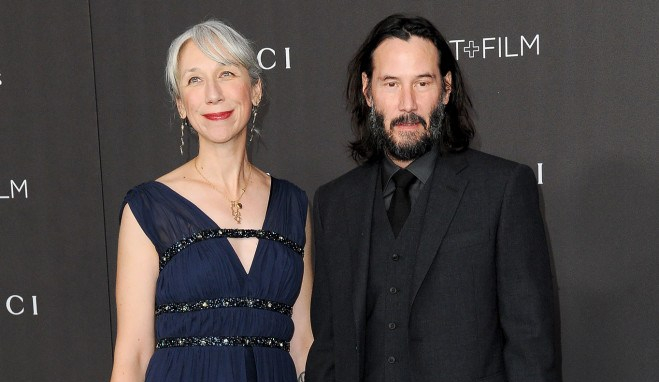 “It wasn’t a secret,” “They have been dating since at least summer of 2017” The source continues.

Keanu walked hand-in-hand with girlfriend and artist Alexandra Grant as they attended the LACMA Art + Film Gala over the weekend. Reeves, who is known to keep his private life under wraps, surprised many with this public display of affection.

A source revealed to People, “Keanu wants to openly share his life with her. He is extremely happy and grateful to have Alex in his life.”

The source added that Keanu and Alexandra have known each other for a long time. They have also worked together on different projects.
“They started dating earlier this year, but have wanted to keep it quiet,” the source revealed.

A few weeks ago, Keanu and Alexandra were spotted in Los Angeles gorging on some sushi. Pictures were proof that the couple was having a great time.