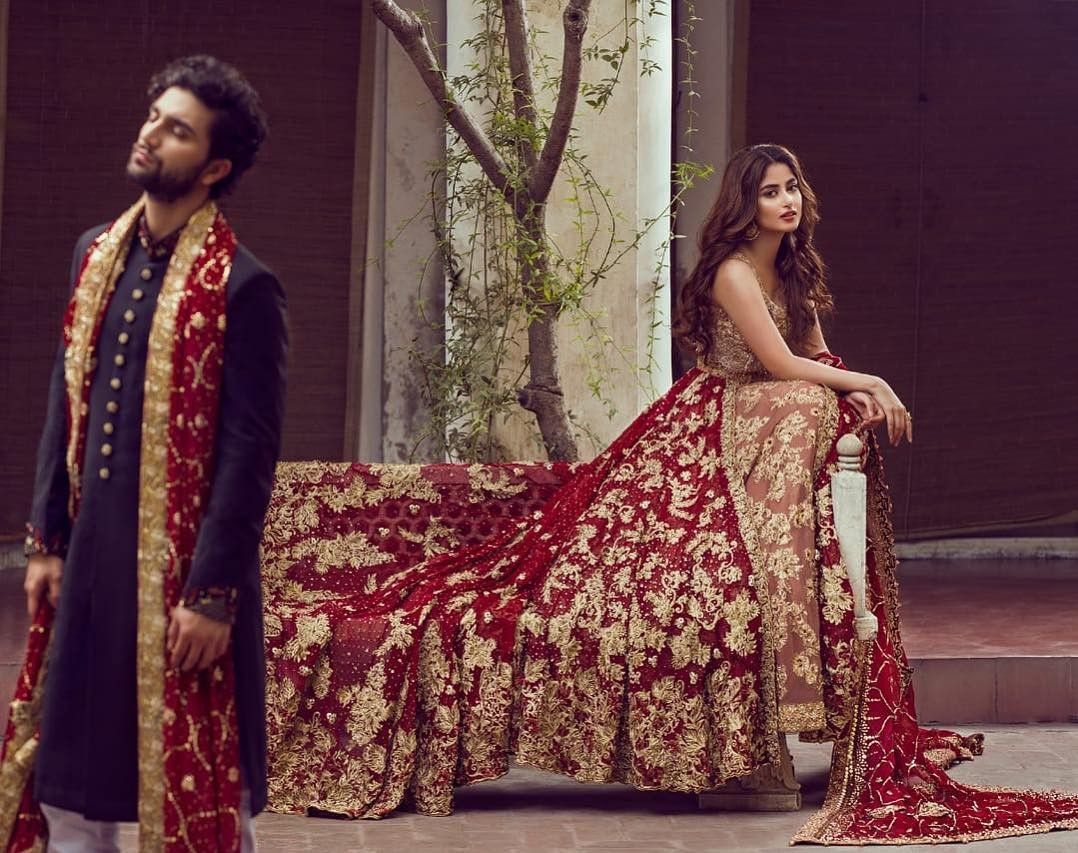 7 Celebrity couples in Pakistan who always admire by their fans

Celebrities always manage to astonish fans with the ways they keep their lives public or private. From surprise marriages to secret engagements, simple Nikkah to lavish wedding receptions or make everything public on Instagram. See the popular celebrity couples in Pakistan who always admire by their fans.

Hamza Ali Abbasi surprised the fans when he shared the news of his wedding with Former TV actor Naimal Khawar. The duo tied the knot in a private ceremony on August 25.

Sajal Ali and Ahad Raza mir’s on-screen chemistry appreciated by their fans all over the world. And soon after paparazzi start spotting both Sajal and Ahad together on many places and fans start believing maybe there is some genuine chemistry but both Sajal and Ahad chose not to comment on this. Then the couple amazes their fans with news of the engagement and shared beautiful pictures on their social media account.

Aiman Khan and Muneeb Butt understand how to retain their fans to engage with them. The duo always makes sure that their fans will be a part of their happiness. The duo is very active on social media and keeps interacting with their fans by updating pictures on Instagram and share thoughts about daily experiences and other events.

Feroz Khan is a well-known celebrity in Pakistan. Feroz is quite active on social media and famous for his straight forward nature. He got married in 2018 with Syeda Aliza Fatima Raza and the couple blessed with a baby boy.

Aisha Khan is a famous Pakistani actress who worked in many famous TV dramas. Aisha Khan shocked the fans when she announced her retirement from the media industry, citing she has “moved onto the next phase of life. Aisha married to Major Uqbah Hadeed Malik on April 2018.

Zara Noor Abbas is the daughter of famous actress Asma Abbas. Zara is a fashion designer by Profession but has now turned an actress She is best known for her role as Arsala in Momina Duraid’s Khamoshi (2017) which is appreciated by the audience worldwide. And Asad Siddiqui is a popular Pakistani actor and model. He is the nephew of famous actor Adnan Siddiqui. The couple got married in 2017.