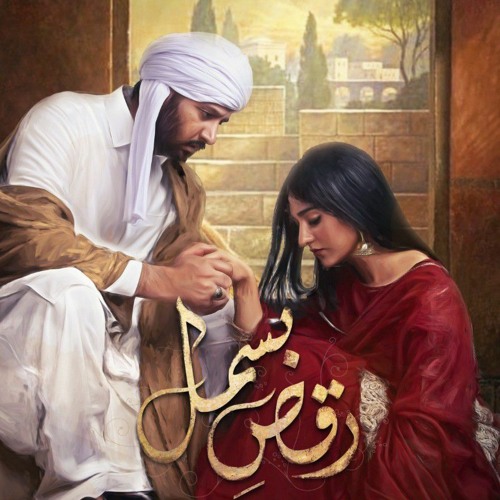 2021 has raised many expectations for the television industry. Nobody has time to engage in repetitive stories and dialogues. A show has caused a stir these days with its ensemble and the fascinating plot. Raqs-e-Bismil Most dramatizations only occasionally fulfill the hopes of the public who preceded them. Raqs-e-Bismil, however, was an excellent special case for the standard. Not just the drama the Ost also get lots of love from the public or you can say Ost make the drama more eye catchy for the Audience

The drama is staged by Wajahat Rauf and adapted by Hashim Nadeem from the book of the same name by Nabila Aziz, the dramatization revolves around the lives of Moosa (Imran Ashraf) and Zohra (Sarah Khan). is very religious and seriously does his duty as ‘Janasheen’. Zohra is a dancer for private occasions. A possible experience between the two leads Moosa to start staring at Zohra, not knowing what their preoccupation is. Check out Moosa’s inner discomfort as she shifts from denial to doubt and appreciation of her worship as she encounters resistance from her family.

The starting episodes are so beautifully categorizes and totally capture the audience attentions but now the audience reviews about this drama is changed. Raqs-e-Bismil had so many scenes that could have been impactful yet they literally put the audience to sleep! Some of the scenes were over-dramatized even though they did not have a lot of significance. Others could have been extremely emotional yet the dialogues and the performances were so staged that they left absolutely no impact. The turn of events was interesting and even the message the writer is attempting to put forward is worthwhile yet the story has been stretched so much that I actually find myself wanting to go back a few weeks when everything was so much more interesting! The flashback scenes in this episode reminded me of all the powerful scenes we have seen in the past but are completely absent from these latest episodes.

Last Friday episode of Raqs-e-Bismil was very similar to the previous ones, with the main focus on Zohra’s “disappearance”! The whole drama is about Zohra right now, but the character is as flat as it gets. , the dialogues and even the transition from one scene to another weren’t up to the task of this episode. Moosa was the main attraction in this drama, but now as he searches endlessly for Zohra it keeps getting more and more. Imran Ashraf continues to do every scene at its best and I wish that the rest of the main cast in particular played just as well. It looks like the story will stretch even further before it finally ends!