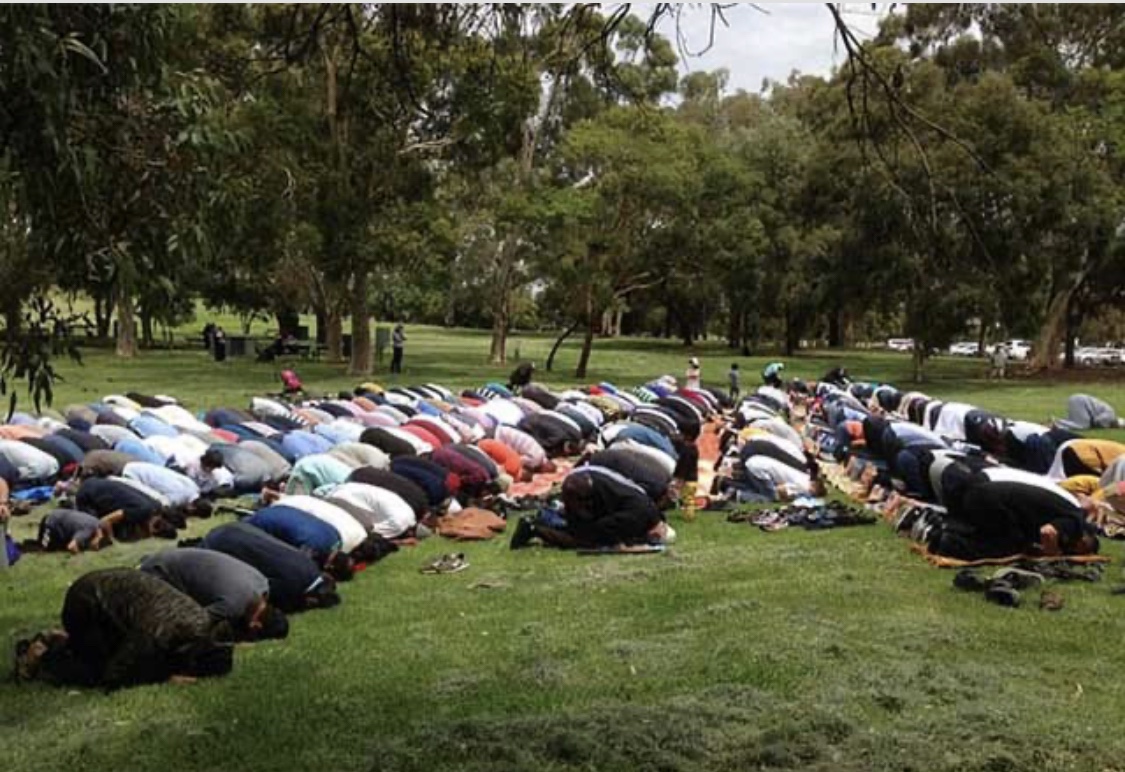 Muslims gathered to offer prayer for downpour amid worsened bush fire, and rain started there in Australia.

According to the details, dozens of Muslim men, women and children gathered at Bonython Park in Adelaide on Sunday to ask for rain along with Christians.

Australia is struggling a heavy forest fire that has perished millions of animals, and 14.6 million hector. More than 2,000 homes are burnt down and almost 24 people are killed in this bus fire season, the affected area is more than twice the amazon fire, erupted in August last year.

Christian community also joined Muslim in the park, when they announced exclusive prayer for rain.

Priest Patrick McInerney, who represents the center for Christian and Muslim Relations, joined the worshipers on Sunday.

He said ‘today I joined with my Muslim sisters and brothers in Adelaide in prayer for rain’.

The prayer occurred on Sunday and Rain has fallen in fire-ravaged parts of Australia, here on monday

The weather Smoky rain fell down the east coast, from Sydney to Melbourne, with “torrential” rain reported in some parts of New South Wales (NSW) on Monday, and it will be continued till Thursday.

Officials have warned temperatures would rise by Thursday but Aussie Muslims are optimistic that Allah will pour its mercy open the region.

It is pertinent to mention that the Bushfire had been burning since late in December but intensified dramatically on Friday when it jumped containment lines during hot and windy conditions.

On this moment, the entire island was subject to either an emergency warning or a watch and act advice with only the towns of Kingscote and Penneshaw on the east coast considered safe places.