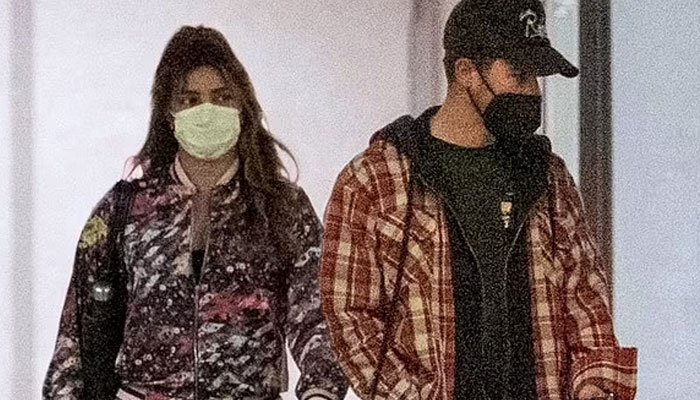 The couple, that welcomed parenthood via surrogate has been laying low ever since the big announcement. However, on Friday, Priyanka and Nick were seen heading out in Los Angeles.

In the picture, Priyanka was seen donning a multi-colored printed tracksuit. For her hair, she tied them into an overhead ponytail. She also carried a black handbag along with her. Nick, on the other hand, was seen in a black tee and ripped jeans paired with a red-white check jacket and a black cap.