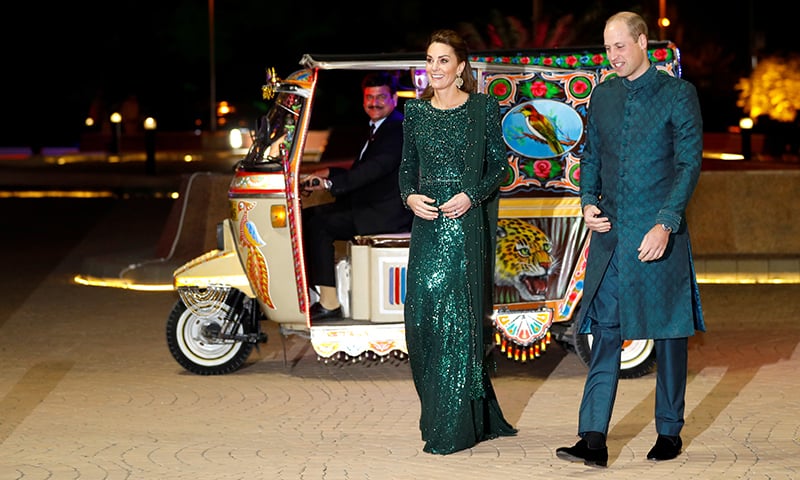 The Duke and Duchess of Cambridge made a colorful entrance as they arrived by traditional rickshaw for a special reception hosted by the British High Commissioner to Pakistan in Islamabad.

Prince William made a official speech at the event, he highlighted the relationship between the UK and Pakistan and paid tribute to all Pakistanis who sacrifice their lives for Pakistan.

William said, the UK would continue to support the Commonwealth country as a “key partner and friend” during a visit which he hoped would strengthen ties between the two nations.

“For a country so young, Pakistan has endured many hardships, with countless lives lost to terror and hatred. Tonight I want to pay tribute to all those who have endured such sacrifice and helped to build the country that we see today,” He said.

Prince William called for a concerted effort between both countries to surmount the challenge of climate change.

“Whether it’s this generation or the next, I know that the UK and Pakistan will continue to exemplify the very best in international cooperation.” Prince William added.